Welcome to our 17th Century Estate

Located at the confluence of the Dordogne and Vezere rivers, Le Bugue has always been inhabited since Prehistoric times. 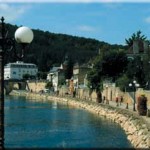 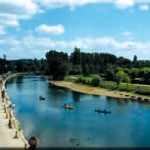 A Saint-Marcel and Saint-Salvador Benedictin abbey was erected here in 964; it totally disappeared at the end of the 19th century. Le Bugue has been a prosperous city until 1154, when the Perigord became an English province: as a matter of fact, the city served as a border town between the English and French armies… not a comfortable position indeed. One of the most important dates in its history is november 1319, when French King Philippe Le Long enacted that the market should take place on Tuesdays (this act is still valid today!).

Le Bugue has always been a quiet trading city, until the French Revolution and despite some fratricidal fights between the Lords of Limeuil and Fleurac. It owes part of its fame to Jean Rey, a physicist who has discovered the Laws of Gravity 200 years before Lavoisier, and has also invented the Thermoscope, the ancestor of our modern thermometer. The end of the 19th century was marked by the arrival of the train and the building of the bridge. 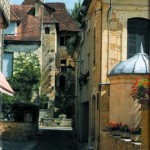 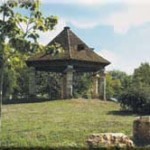 Today, Le Bugue devotes most of its efforts to one of Perigord’ main economic topics: tourism. You’ll discover here numerous prestigious sites to be visited, such as: the Village du Bournat the Aquarium du Périgord Noir, the Proumeyssac chasm, the Ferrassie deposit, the Bara-Bahau cave, the gardens of Arborie, the Museum of Paleontology, the “Maison de la Vie Sauvage” (museum of wild life), Jacquou Parc, Les Sangliers de Mortemart (wild boars). Located 5km from Les Eyzies de Tayac, the world capital town of Prehistory, Le Bugue lies only 30 km from Sarlat 40 km from Bergerac and 40 km from Perigueux near quite a number of Sites to be visited and leisure activities to be tested in our region.