Welcome to our 17th Century Estate

Perigueux Once upon a time…
Périgueux’s history is like a tale that Perigordians started writing more than 2000 years ago and yet uncompleted today. At the dawn of the XXI century, the capital of Périgord is rooted in its past’s golden years, but exposed to the winds of life. Past and present History defines the town of tomorrow while the project “Périgueux 2010” advocates a urban development ensuring a continuity in the town’s history. Once upon a time… there was a town with its history to be written in the future but following the motto Périgordians chose in the Middle Ages. 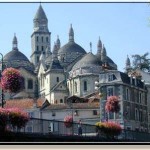 Périgueux’s past and present is written along the streets, the quarters, the walls of the town, where the past lies in ambush to surprise the breaking day, and the mood of the strollers. The identity of the town mainly relies on History’s legacy; moreover, successive urban entities have been juxtaposed century after century, so that today one can move in time and space simultaneously. 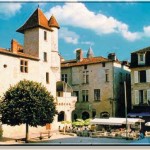 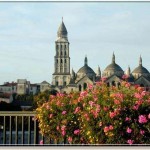 Starting from the Gallo-roman city of Vesunna where a museum of the site is being built, strollers can make their way towards the medieval town and, among others, its Roman domes. They will lose themselves in the alleys of Puy-Saint-Front displaying many legacies from Renaissance, the golden age of Périgueux, overlooked by its cathedral. The latter, often considered as a symbol of the town, has recently been listed by UNESCO among the sites that belong to “the World Heritage of Mankind”, on the road to Santiago de Compostella. A bit further, as a hinge between XIX century quarters, the Musée du Périgord houses numerous treasures: prehistory, ethnology, medieval remains… Périgueux is also an illustrious town of Art and History offering to the visitor great legacies from its 2000-year past, that are introduced in its “La Légende de Saint-Front” Son et Lumière. However, should you get to understand the town thanks to these day and night travels, you will not know it. One has to meet its inhabitants, participate in the main events revealing its beauty, stroll in its colourful markets to enjoy the numerous tastes and smells, follow the rythm of Isle river, and enjoy a gastronomic tour among good restaurants… all little pleasures that will undoubtedly make you love it. 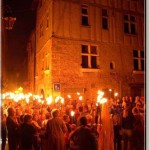 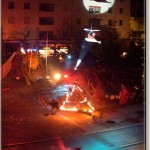 The visitor will undoubtedly find a role to play on the summer stage, as “The whole town is a show”: you will enjoy “Mimos” (mime festival) at the beginning of August, the Salon Internation du livre Gourmand night markets, concerts, a Son et Lumiere, the Macadam Jazz festival, the singing contest “de la Truffe d’argent”, during summer evenings… But one should not forget that Périgueux is a heart to Périgord all year round with the Sinfonia festival when autumn comes, the Salon International du Livre Gourmand (cook book festival) in November, remarkable “marchés de gras” (markets where you will find foie gras, magrets, etc.) in winter, Carnival in February, “l’Esprit des Voix” and the “Floralies” in spring. All these constantly renewed pleasures await you, to discover from Périgueux the whole of Périgord’s landscapes and flavours.